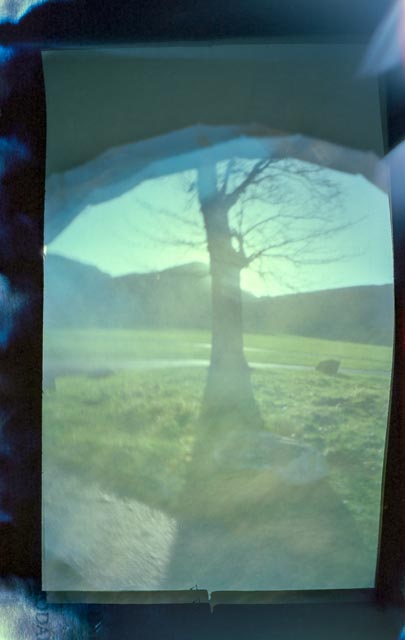 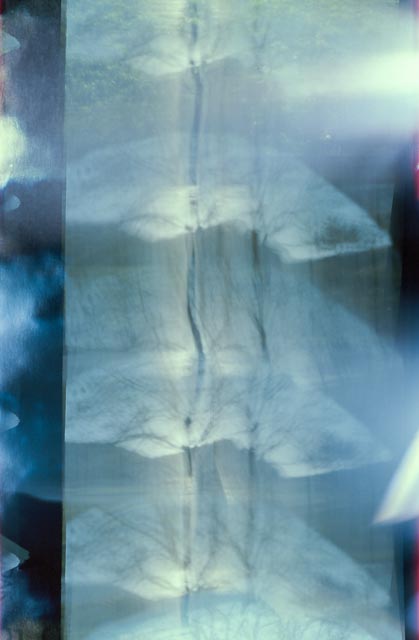 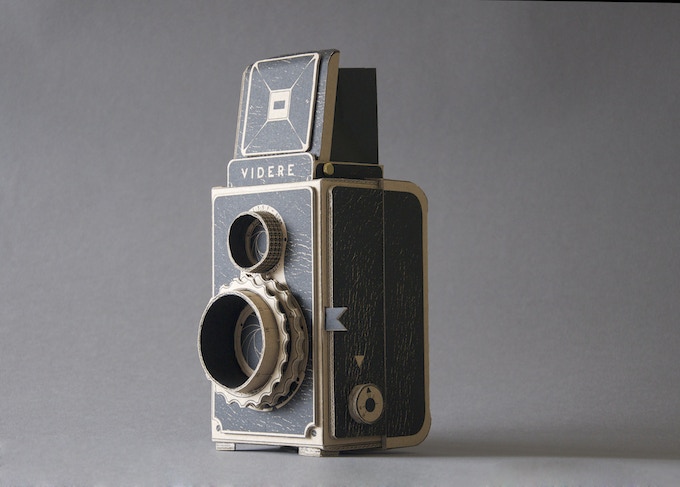 The Videre pinhole camera was a build-it-yourself flat-pack camera made entirely out of cardboard. While making it was a lot of fun I found it didn't really work very well in practice. The main problem was the film advance mechanism. This was probably due to my cack-handedness in building the thing, but I tried my best! It did make for some very interesting semi-abstract "experimental" results though! 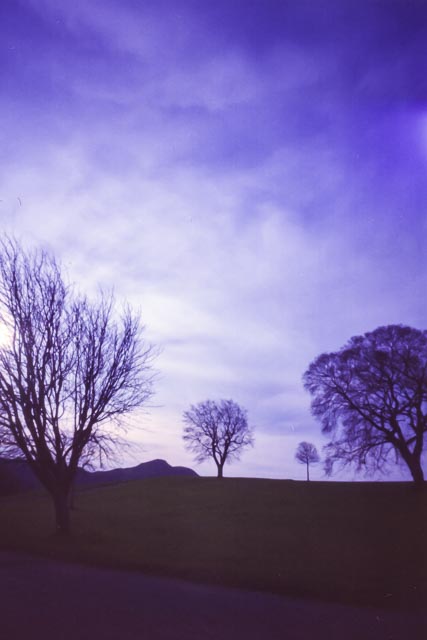 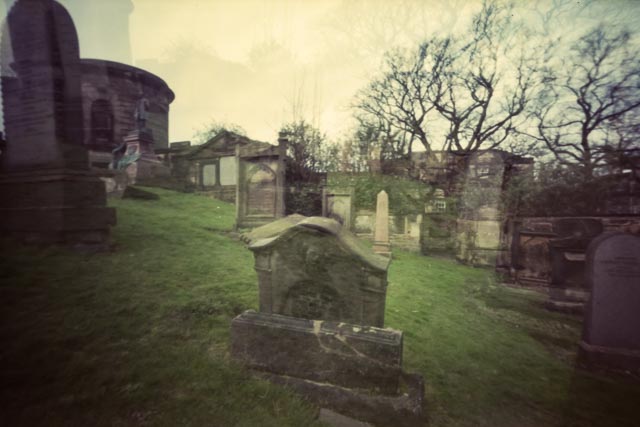 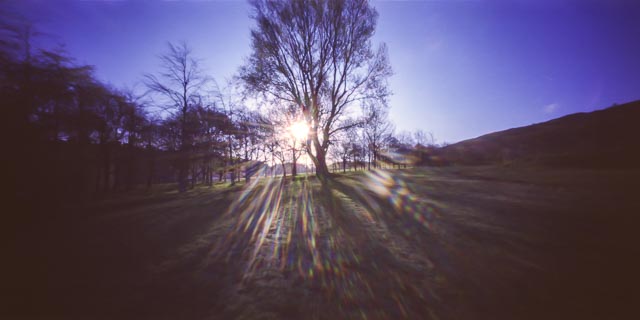 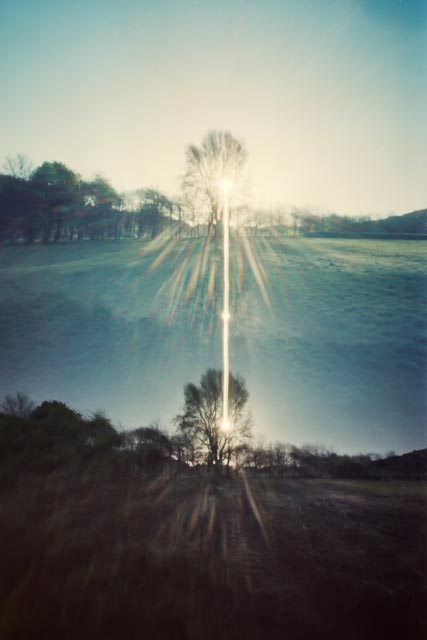 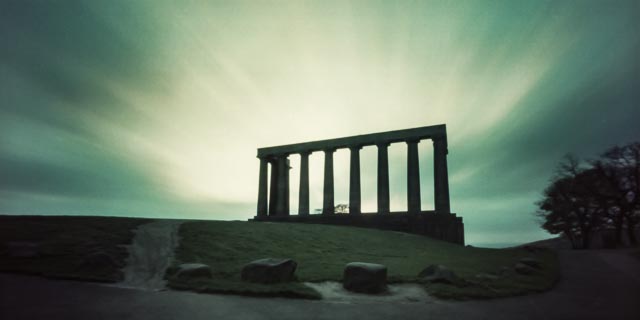 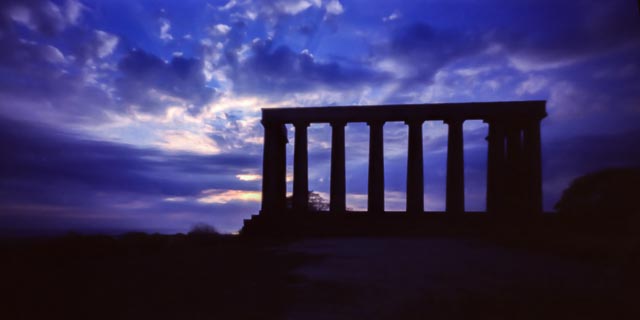 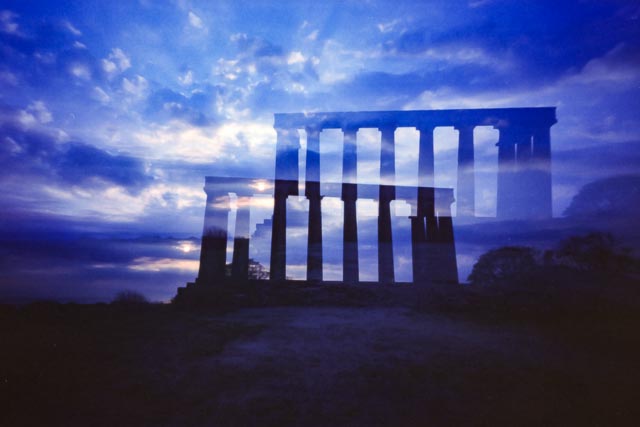 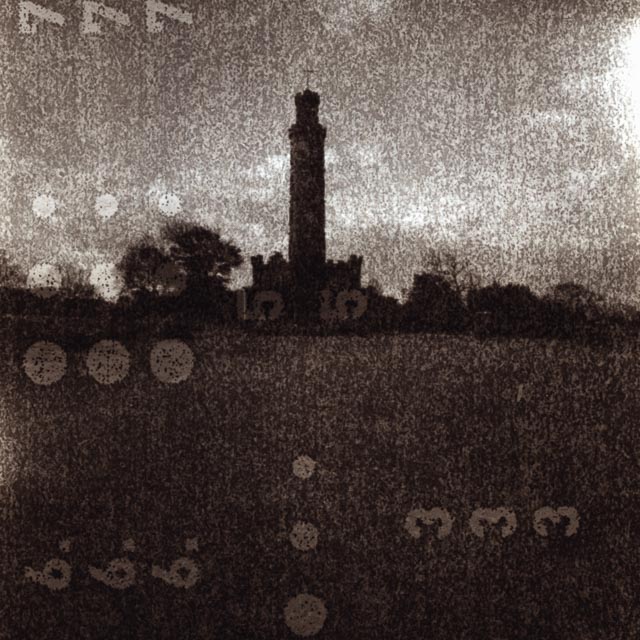 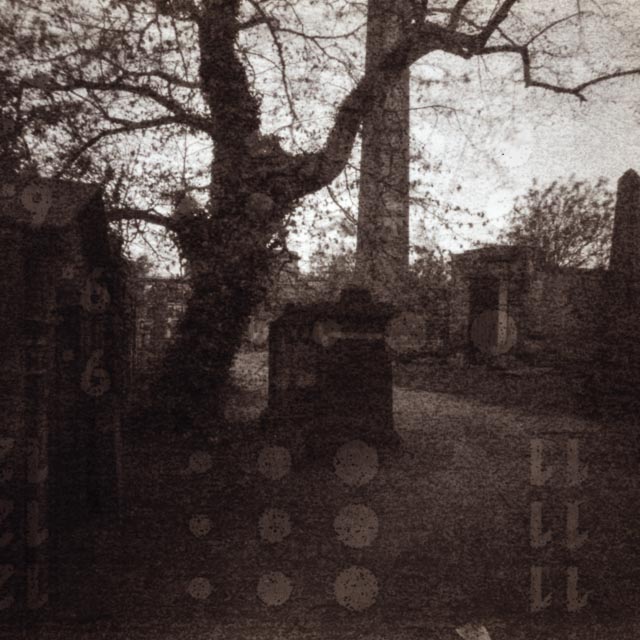 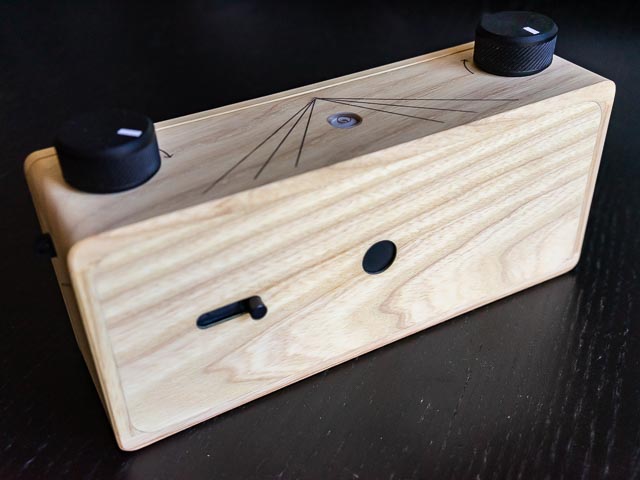 The Ondu 6x12 Multi-format camera is a much more serious affair! It's professionally made out of wood and aluminium (in a variety of finishes), and it is a lovely thing to behold! It also works beautifully with only one real problem: the round orange window through which you're supposed to read the exposure number off the film backing paper is so dense it renders the numbers practically unreadable. I ended up loading the camera with plain paper to work out how many turns on the film advance knob would be needed for each of the 3 possible formats: 6x6, 6x9 and 6x12cm.

You take a photograph by manually sliding back the shutter, and you have to be carefull to remember to slide it closed again after the exposure, which I regularly forgot to do, carrying the camera around and setting it up again with the sutter open the whole time! But this created some very weird effect that I ended up really liking!

The film used for the colour ones above was very long outdated Fujicolor Professional 160 NPS. When under-exposed somewhat there was a strong blue colour cast, and when given much longer exposures a strong yellow/green colour cast. The black and white ones were taken on even longer outdated Lomography Lady Grey film, and the printing on the backing paper has transferred to the film! It gives a very weird, but oddly striking effect.