This project uses cheap adapters to mount a vintage Soviet era 16mm cine projection lens on a mirrorless camera (a Sony A7II). The lens I used was a LOMO PO 109-1A 50mm f/1.2 lens from Russia. This lens produces some pretty weird results unlike any other lenses I have used, but in the right circumstances the results can be quite stunning!

So my total spend was £49 (excluding the Blu or Black tack, which you probably have lying around!)

The method for building this lens could hardly be simpler. Just put a ring of Black Tack around the projector lens where it will sit against the focusing helicoid to hold it in place. Place the projector lens in the focussing helicoid, then screw the focusing helicoid into a Sony E mount adapter. And your lens is complete… just mount it to your camera like you would any other lens! (See General notes on using adapted lenses if your camera tells you that you have no lens attached.)

You can use your camera's manual focusing aids to focus just like with any other manual focus lens.

Your new lens is going to produce some pretty funky results that will be quite different to what you may be used to with a purpose built camera lens. For starters this lens is not going to cover 35mm full frame. The 16mm movie frame is just 10.26x7.49mm (or 12.52x7.41mm for Super 16mm), so it's pretty amazing that this lens covers as much of the full 35mm frame as it does! It covers APS-C very nicely, and some judicious use of vignetting correction in Lightroom means you can often get away with much less cropping than that. In fact I sometimes just crop the frame from 3:2 aspect ratio to 4:3 and that is all. In the next section You see a couple of examples how much I had to crop images.

Next this lens shows some pretty crazy barrel distortion. I think this is because in its original context only a very small portion of the very centre of the imaging circle is being used. Often there is simply more barrel distortion than can be reasonably corrected in Lightroom.

Finally, even though this lens will focus all the way to infinity with the focusing helicoid mentioned in this article, you may not want to! I found that I got the the most satisfying results in the close and mid focussing ranges.

How much cropping is needed?

This one needed a fair amount of cropping. The aspect ratio was changed from 3:2 to 4:3 and the resolution went from the 24mp of the original file down to approx. 14mp. Shooting a 24mp full frame camera in APS-C cropped sensor mode reduces the resolution to around 10mp, so I generally prefer to shoot this lens in full frame mode and then make case-by-case cropping decisions in post.

This is an example of a shot that required only minimal cropping. A combination of judicious use of the vignetting controls in Lightroom, plus the fact that the shot suited a darker periphery, meant that all I had to do was crop the shot horizontally from an aspect ration of 3:2 to one of 4:3 for a final resolution of around 21mp. This one was shot much at a much closer range than the above example, and it also seems that vignetting is worse the further you are away from your subject.

So with all these problems why would anyone be bothered with a lens like this?! Well, using a lens like this certainly isn't isn't about how lines per millimetre you can resolve (answer: not very many!!) It's about using a lens that can render a scene in a totally unique way, and when that style is inline with your artistic intentions I think this lens can produce results that are well worth all the effort. But in the end you can only judge these things for yourself! Which brings us to…

These photographs give you an idea of what this lens can do in a close up situation. Shooting close up at f/1.2 certain results in extremely shallow depth of field! The black and white conversions were done using Sliver Efex Pro.

These photographs, taken in Carlton New Burial Ground in Edinburgh, give you an idea of the kind of results you will get at middle focussing distances. This was about as far away as I could get and still be happy with the images. Again, the black and white conversions were done using Sliver Efex Pro.

The following photographs, this time in colour, were all taken in the Royal Botanic Garden Edinburgh. 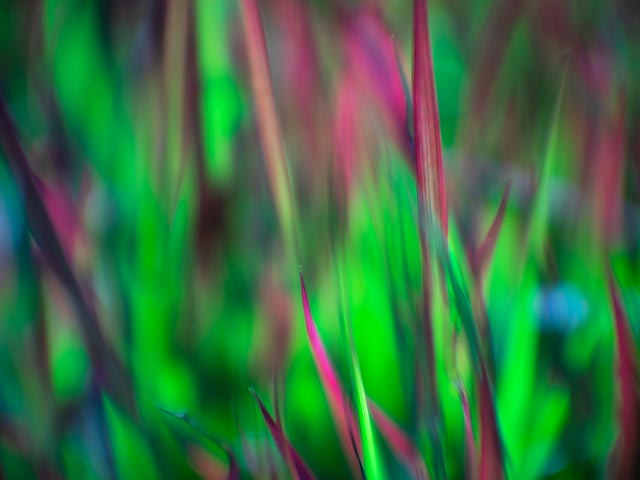